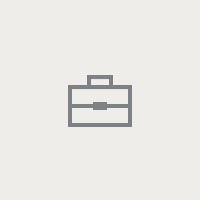 100% of reviewers recommend this company

A great start to a career in Engineering

Jack Kaye has completed an Engineering apprenticeship at Arla Foods and gained a recognised qualification.

Jack started his career as a Trainee Quality Manger for a small food distribution company. He enjoyed the role and wanted to progress and learn more about the industry, in particular the engineering side of the role. On learning about the Eden Apprenticeship with Arla he felt this was an ideal way to gain a recog-nised qualification with a market leader in the industry. Jack said “I was impressed with the content of the course and the support that would be available to me and was really pleased to be offered the oppor-tunity back in 2013.”

During the programme Jack was given exposure to a wide variety of activities from electrical fault finding, welding, machining, planned maintenance as well as reacting to breakdowns. It meant that every day was different and you were learning all of the time.

Jack has really enjoyed the last 4 years and whilst the work can be challenging it’s given him an enormous sense of achievement. Jack said “I have been pleased with how much practical learning there has been, which you can then put into practise when back at site. The greatest thing for me has been meeting other Arla apprentices from other sites around the UK, as well as apprentices from other companies. We all learned from one another and had some good social occasions too! Even now that we've finished we still keep in contact.”

Get personalised jobs straight to your inbox

Save time job hunting - get tailored job opportunities sent straight to you!

Find out how we can help you

View all Arla Foods reviews (26)
Recruiting? See how we can help you