Top 5 Classic Board Games to Play This Christmas

But thankfully, our favourite time of the year is still (sort of) intact… Christmas!

This year’s a special one. It’s a time to spend time around loved ones, friends and family (following government guidelines of course).

And there’s nothing like a good board game to get everyone in the festive spirit. So, we've picked out our TOP 5 board games to play at Christmas. Check them out below.

There’s nothing like a game of Monopoly to dramatically end your festive fun.

Whether Aunt Maggie has had a glass too much of sherry and forgotten how to play, Uncle Pete as the banker has been secretly stacking notes under the table, or your cousin has thrown a strop because she’s just landed on Mayfair… there’s ALWAYS drama.

Of course, it wouldn’t be a proper after-dinner treat if it didn’t ruffle a few feathers. The high-stakes of this iconic real estate game, the race to establish a property set and the constant threat of landing in jail, make it an instant Christmas classic.

And there are SO many editions you can choose from, including Disney, Harry Potter, Pokemon, Simpsons, Fortnite, Friends AND Lord of the Rings. 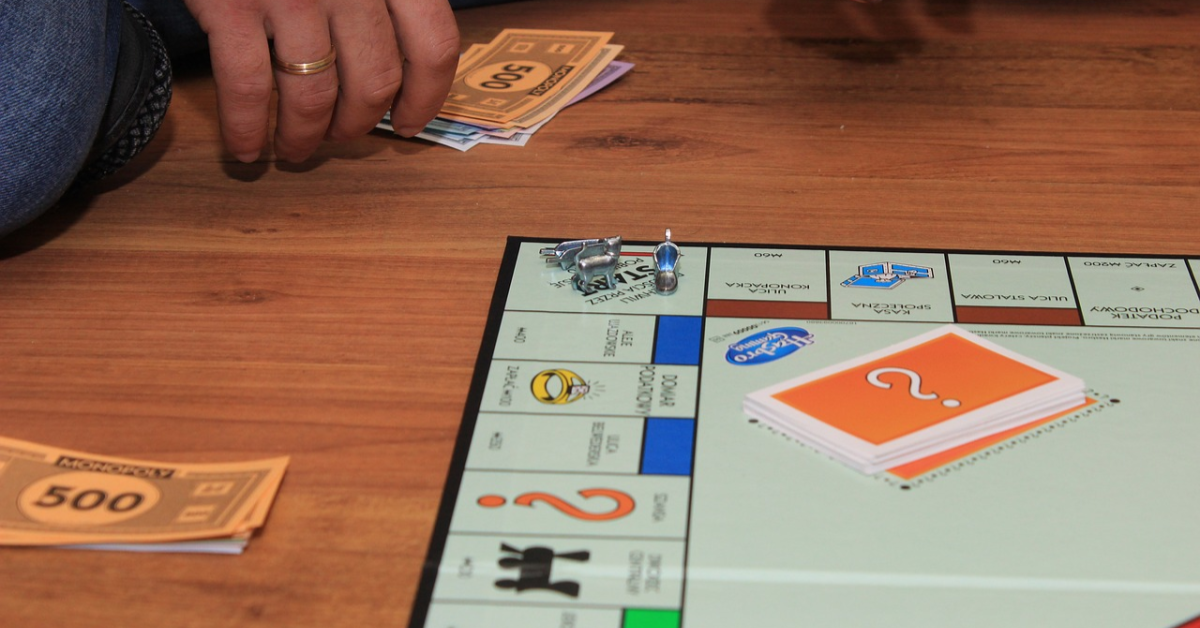 Did you know that there are 4000+ Scrabble clubs around the world?

With the key objective being using letter tiles, and especially less common ones, to create high-scoring words, this game is one of the simplest to understand. You don’t need 3 A-Levels to play. (But one in English Language might help).

The bonus of Scrabble? It’s super quick to set up. It’s pretty easy to play. And if you’re struggling, you can always try making words up and convincing the other players that they’re real.

Watch out for the Stringent Susan amongst your group. She always has a pesky dictionary on hand to ruin all the fun.

Who was the murderer? Where did the murder happen? What was the weapon used?

This murder mystery game is brimming with suspense as players compete to solve the case of millionaire Dr Samuel Black’s death. Put on your detective hat (the paper crown from your cracker will do) and get cracking the case…

Warning - this game requires real brain work. So try not to indulge too much in the Quality Streets being passed around. (Though if you do, it’s an undisputed FACT that the orange chocolate crunch is the best. Followed closely by the green triangle.)

According to a quick Google search, Jenga isn’t technically considered a board game because there isn’t a ‘pre-marked surface’ on which ‘physical pieces or pawns’ move across, ‘according to a set of predetermined rules.’

It’s a good job we don’t care about the ins and outs of board games.

How will you stack up against the law of gravity? How many blocks can you remove from the tower before it starts to wobble? Who will be the first to cause a tumble?

Playing Jenga is a bit like how you felt when Shrek was being chased by a dragon whilst running across a rickety wooden bridge over a bubbling pool of lava. It’s the type of stuff to give you a sweaty upper lip.

Frustration is the perfect game to let off some steam. If you have a feeling of constantly wanting to whack something, then you probably need to play frustration. Urgently.

The best bit about this game? It’s ALL luck. So if you lose, you don’t even need to prepare an excuse.

Just choose a colour, set up your pegs, slam the Pop-O-Matic die roller and start moving around the board. Watch out for pegs close behind you though, they might be trying to knock you off the board.

The first player to get their four pegs all the way around the board wins. It’s that simple.

Add your fave games to your Christmas wish list and get your competitive edge on! And may this Christmas be one in which you win and win and win again.

Top revision strategies and tips
How to tackle that pesky Telephone Interview...
Apprenticeships for 18 year olds

Modern Apprenticeships
How to Get Ahead During Lockdown: Advice from a Careers Adviser
The Most Common Apprenticeship Interview Questions (and how to answer them)