Apprenticeships vs University: Which Option is Best For You?

If you're in a hurry (because Emmerdale is on in five), jump straight to our jobs page!

I finished university two years ago. The graduation ceremony was wondrous.

My father squeezed into a suit that last fitted him in 1985. My mother wore a large, green dress; she looked like a broccoli from a distance.

I remember walking proudly up on to the stage to get my degree. I felt like Leonardo DiCaprio at the Oscars. This was my moment. The Vice-Chancellor held out his sweaty palm. 'Congratulations,' he said, 'what are ​your plans for the future?'

I didn't have an answer.

It was at that moment, that I, like so many other young people in the UK, wondered if I had made the right decision. Should I have gone to university? What other options did I have after school?

The Chartered Management Institute have reported that less than half of 14-24 year olds believed they had received useful career advice.

The chances are YOU are unsure of which path to take after you leave school or college. Have you applied for university? Have you considered an apprenticeship? ​

Read on for a guide to choosing your next step after you finish school or college - apprenticeships or university.

Do you even know what an apprenticeship really is? I didn’t...

I didn’t even consider doing an apprenticeship after my GCSEs. It seemed as if the path was already laid out beneath my feet.

GCSEs, A levels, and then on to university. Hopefully, I thought, by the time I finished a degree, I will have decided what I wanted to do. Eventually, a career would materialise.

The truth is, I never considered doing an apprenticeship, because I knew almost nothing about them.

Apprenticeships were for ‘tradespeople’ - plumbers, builders and electricians. When I pictured an apprentice, I saw a grubby teen in overalls.

‘Wayne,’ the boss would say, ‘pass me that wrench,’ and Wayne (the apprentice) would pass his boss the wrench.

This is what I imagined, and it could not be further from the truth. 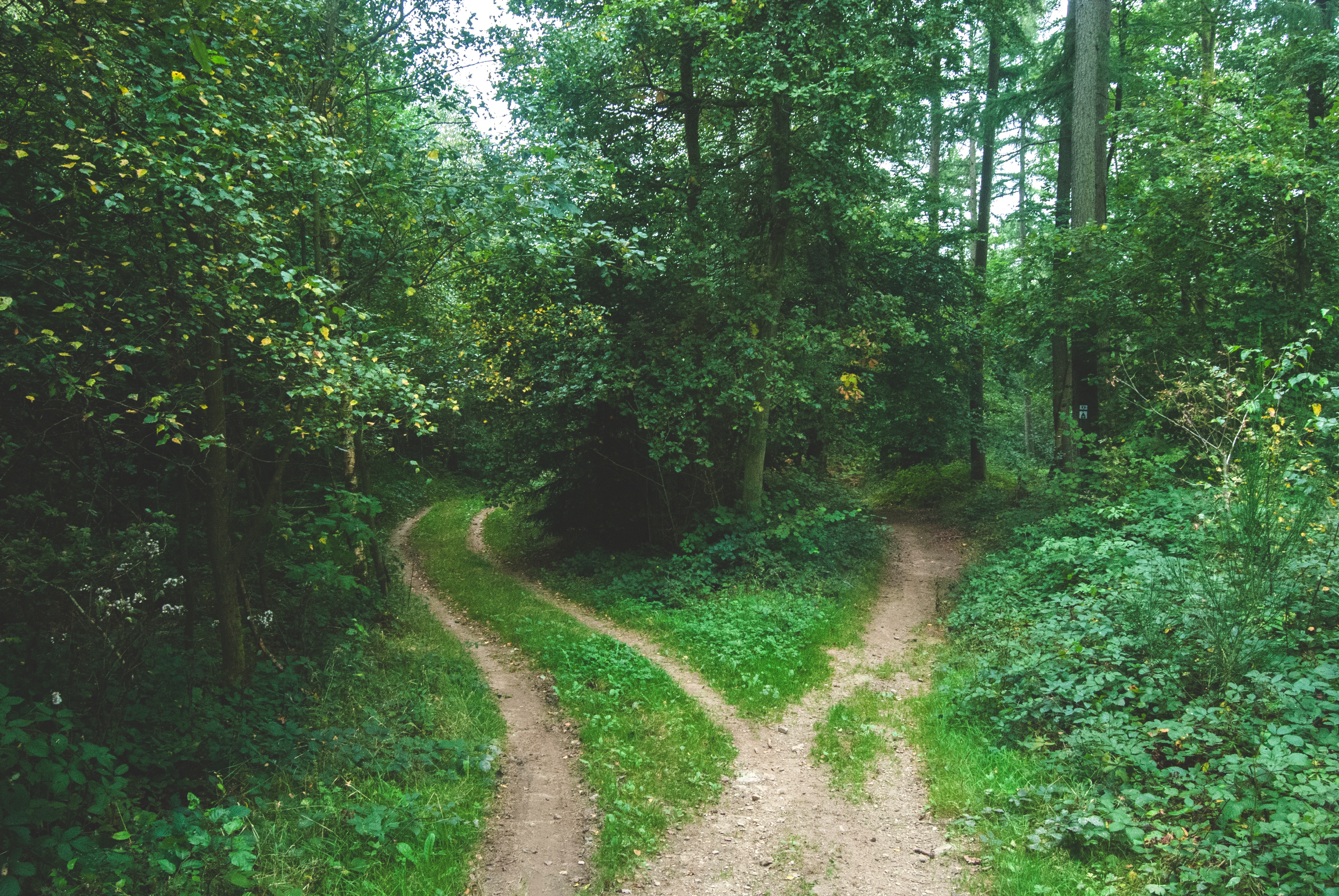 How have apprenticeships have changed?

Apprenticeships have been introduced by the government in collaboration with UK employers.

Schemes have been divided into four tiers - intermediate (level 2), advanced (level 3), higher (level 4/5) and degree (level 6/7). After you have completed your A Levels, you can apply for higher or degree level apprenticeships.

An apprenticeship is a real job. Apprentices will work for a company on a full-time basis, and study towards nationally recognised qualifications on the side. Each scheme has been specifically designed to prepare a young person for a job role, or to work in a particular sector.

Apprenticeships are available in around 1500 different job roles, across 170 industries. Companies in the engineering, banking and even legal sector are offering young people the opportunity to begin a paid, full-time career, immediately after they leave school or college.

Apprentices do not have to pay fees for their tuition, these costs are covered by the companies that employs them. They are treated as a regular employee, receiving a salary for the duration of the scheme.

This is the key information you need to know about apprenticeships. If you are interested in finding out more, read our complete guides to the two levels perfect for after you have completed your A levels below…

Do you need a degree for your dream career?

You would be shocked by how many people don't even consider this question...​

Now that there are high-quality apprenticeships available in such a crazy range of job roles, you no longer have to go to university to pursue your dream career.

There are certain careers that do require degree level qualifications. If you want to be a doctor, a dentist or an architect, you should go to university.

However, if you are considering a career in finance, accounting or engineering (too name but a few), you should consider the apprenticeship path as an alternative to going to university.

So, if you have a clear idea of what career you are going to pursue after school or college, ask yourself the following questions:

1) Does your preferred career require a university degree?

2) Are there apprenticeships available in the sector I'm interested in?​

If there are, you have two options.

Your task is to decide whether a modern apprenticeship or a university degree will give you the best preparation for, and foremost chance of kick-starting a career.

Atkins hire apprentices and university graduates. They've put together a short video explaining the differences between their apprenticeship and graduate programmes.

Meet Mark. Mark is a student at Dartmouth University

Mark studies Business. He is also a member of the Music Society, where he plays the clarinet in a band called The Yardies. Mark’s life at university consists of lectures, individual study and research projects.

He only has twelve contact hours a week, so spends the majority of his time working independently.

When Mark graduates, he hopes to find a graduate job, and put into practice what he has learned at university.

Jeremy works for a large accounting firm, doing real work, while he studies towards professional qualifications with six other apprentices.

Jeremy attends a freestyle dance class with his fellow apprentices on weekends.

Jeremy’s is halfway through his four-year apprenticeship, he receives a salary of £18,000, and plans to stay on with his employer as a fully chartered accountant after the scheme has ended.

Mark and Jeremy took different paths, but both have great career prospects. The main difference between them? Mark’s student debt.

However, it is important to remember, you will not have to start paying back your student loan until you are in work, and earning more than £21,000. Moreover, once you are above the £21,000 threshold, you will only be paying back around £30 per month.

So, in reality, it’s not all that frightening.

If you want to avoid student debt altogether, you should seriously consider doing an apprenticeship, as an alternative to going to university.

Did you know, however, it is possible to go to university without paying tuition fees?

​Yes, it is possible to get a tuition-free degree.

Degree apprenticeships are very similar to level 2-5 schemes. Candidates are employed by a company, they work full time and get on-the-job training. When a degree apprentice is not at work, they attend a university and work towards a full Bachelor’s or Master’s degree.

These schemes are classified as Level 6/7, and can last anywhere between the 3-5 years. Apprentices are paid a bloody brilliant salary, which can rise as high as £30,000.

Degree apprenticeships are a marvellous opportunity for you to get degree level qualifications, with all the benefits of a regular, professional apprenticeship.

The button below will send you to our extended guide of level 6/7 apprenticeships. It's a thrilling read.

​Apprenticeships vs university... it's a tough choice, (for two main reasons).

Firstly, the decisions ​you make after you leave school will define how you spend the next three to four years, and can influence your further career. These decisions have gravity, and are more important than, for example, deciding which flavour crisps to get with a meal deal.

On top of this, ​apprentices and university graduates are both highly employable in a wide range of sectors. There are two separate, distinctive and rewarding paths for career-conscious young people to take after they leave school. Both paths sound inviting, so how to choose between them?

So, when it is time to consider your 'next step', it is essential that you do your research!

Research the courses on offer, the entry requirements for those courses and the employer runs them. Are there any reviews of the programme?

​Visit a wide-range of universities, and attend their open days; they are a great opportunity to meet students, and find out more about about life at university.

Use our interactive career tool, The 'Next Step' Explorer.

Seek out the advice of teachers, careers advisers, industry insiders, or former university students and apprentices. Find out as much as you can!

​Put yourself in a position to make a confident and informed decision about your future.

That way, you might just avoid being stood atop a graduation stage in three years time, wondering if you had made the right decision, all those years ago.